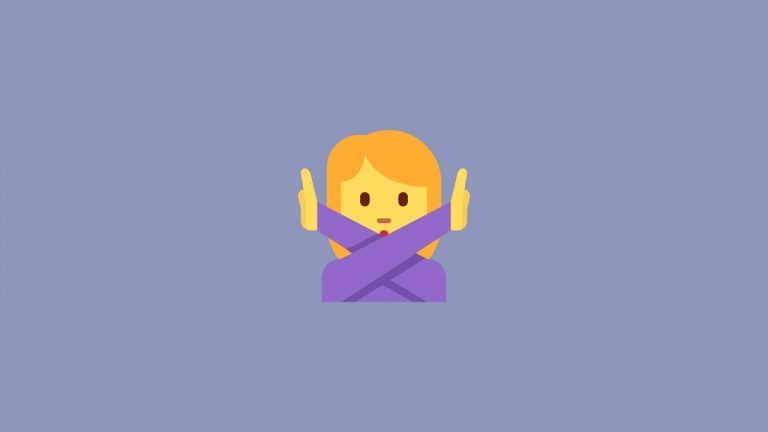 It’s never easy to say no, especially when we’re asked by someone close to us. But if you find yourself constantly saying yes and resenting it later on, then maybe it’s time to learn how.

In this article, I’ll cover the different ways of politely refusing a request without feeling guilty or hurting anyone’s feelings in the process. Whether you want to turn down an invitation or decline a project at work. You can even use these tricks for things that seem easier than others like declining food at dinner!

So next time someone asks you something with sincere hope in their eyes, think about how much better you will feel after said “no” has been uttered, and try one of these techniques instead. 🙂

What is the best way to say no?

With the right approach, it becomes easy to say no, as it is certainly not an uncommon response. The best way to say no, it seems, is by making sure you are concise and clear.

Saying no can be a difficult task for some people; we may feel guilty about disappointing others or may even bow down to peer pressure and oblige requests when we really do not want to. It is important that you are firm in your stance, no matter what the situation may be.

I have compiled a list of ways on how to say no politely-handy techniques for both turning down invitations and declining things at work:

It is important to give appreciation before rejecting a request.

Whether it is for something big like turning down an old friend’s marriage proposal, or something small like declining lunch with your colleague for the third time in two months, appreciating people before rejecting them will help change how they feel towards you.

This creates a better relationship and provides some perspective to our decision-making process of who we spend time with and communicate with every day.

In order to reject someone’s request politely, one must make sure that they are clear and concise when they are speaking to the person.

Being honest is important when rejecting someone’s offer. It is not only about being courteous, but also about how would you feel if the roles were reversed.

Would you want to be turned away with no explanation?

The most straightforward way to say no is to say no, but giving a reason for your rejection will help people understand that it isn’t just an arbitrary thing, instead, you have your reasons and their time would have been better spent elsewhere.

Your honesty will also foster quicker acceptance of the truth, and the feelings of discomfort may fade.

I think that one of the most important facets of politely rejecting someone’s offer is to say sorry. Saying no without apologizing first can leave them with a negative impression of you.

It can also make them feel uncomfortable, since they just made an emotional plea without any response from you-which leaves them feeling insecure.

4. Give them alternative options

If you have to reject a request, don’t just say “no,” explain why and give an alternative.

For example, if they ask for your email and you say no, instead of saying “I can’t give it to you,” you could say “I can’t give it right now but here’s my phone number”. This way, the person doesn’t feel like they’re being rejected.

If someone ask you to do something but you can’t do it today, then try to suggest an alternative date or a person who can substitute you.

How to Say No to Different Situations

It is natural to want to please others. But, often times we go too far and the things that are important to us get pushed aside.

Below are some tips on how to say no without feeling guilty or like a burden to various situations.

1. How to turn down an invitation

When turning down an invitation, it is best to be polite and considerate of the person asking for your time. There are a variety of ways that one can decline an invitation without hurting anyone’s feelings:

When turning down an invitation, always be polite and sincere when saying no. The person asking will certainly understand your reasons, and even if they don’t agree with your decision, they can at least respect you for being direct.

2. How to decline a project at work

Projects are a part of the work environment, and one may be asked to accomplish them at any given time, especially if they do not have much prior experience! When someone asks you to take on a project, it is always important to decline politely and make sure to give them your reasons.

It can be difficult to tell the person that you cannot say yes, but with these five techniques you will never have to feel bad about doing so:

3. How to decline food at dinner

When turning down food at dinner, it is important to be polite and sincere. One can decline the dish by saying “thank you” with a smile, or by simply stating that they are not hungry at this moment in time.

There are many ways in which one can decline food; all while being considerate of the other person’s feelings.

Accepting their offer will not make them feel bad if you decline politely, and they can most likely understand your reasons for doing so.

Be honest and do not hide what your thoughts are on the matter-the person asking will certainly respect you for doing so!

The best way to decline food at dinner is to be polite and say that you are not hungry or full. It’s better to just remove the food from your plate rather than saying no straight up because the person offering you food might get offended.

4. How to decline dating someone

The best way to turn down someone who wants you to date them is by saying “I’m not interested, but I like you as a friend”. This statement will allow the person asking for your hand in this relationship to still respect you and have time to find someone else.

It can be difficult to turn down someone when they want to date you, but remember that there are many different reasons why one might refuse. Being honest about your feelings is always best in this scenario!

5. How to say no when asked for money

Turning down someone asking you for money can be difficult, especially if they are a close friend or family member. It is always important to be honest with the person and let them know why you cannot give them the money they need.

6. How to turn down money/gifts

If someone offers you money or a gift and you’re not interested in taking it, there are a few ways to politely turn them down.

If you are not interested in taking drugs, there are a few ways to politely turn them down.

Let’s wrap it up!

Saying no to someone is hard. Sometimes we feel guilty, other times people don’t like it when you say no-but that doesn’t mean you should stop doing what’s best for yourself.

Saying yes just because you don’t want to hurt the feelings of others can lead to a lot more pain in your life down the road.

If this article helped you or resonated with anything about how “saying no” makes us feel, please share to your friends who need help! I would love to see where our message might reach next and who else could benefit from these words. 🙂